Leopard (Panthera pardus) Female relaxing on the branch of a tree. Savuti Channal, Linyanti area. BOTSWANA. Southern Africa.
HABITAT: Found in every habitat and generally survive even near urban areas.
STATUS: Common although numbers are declining in hunting areas and where they come into conflict with cattle farmers.
They are medium sized cats weighing about 60 - 80 kg's with a shoulder height of 70cm. Weight-for-weight the leopard is the strongest of the cats with the incredible ability to carry a carcass weighing up to three times its own weight on the ground and to drag as much as 110kg's up a tree - to avoid competition from other predators.
They usually hunt small to medium antelope, monkeys and occasionally a baboon and will scavenge food when possible. They tend to be solitary and secretive so are not often seen. 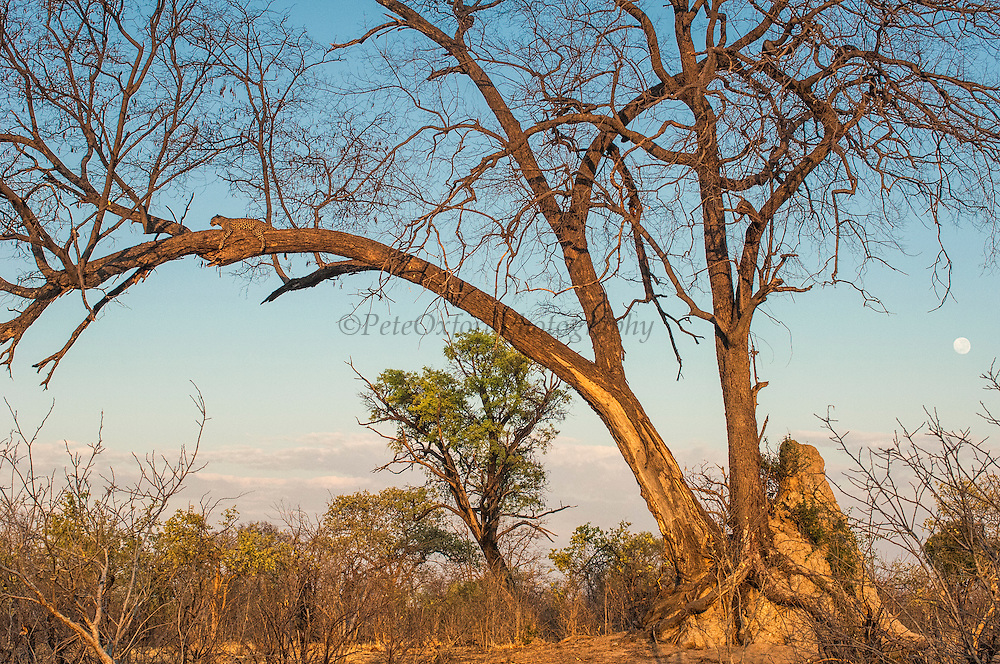