Rockhopper Penguins (Eudyptes chrysocome chrysocome) & Black-browed Albatross (Thalassarche melanophrys)
Steeple Jason Island. FALKLAND ISLANDS.
The Penguins return in early October to breed after their winter pelagic wandering. The males return about 10 days before the females. They nest in close-packed colonies on cliffs, often in association with Black-browed albatross and King Cormorants. They lay 2 eggs. The first egg is smaller and the chick is rarely reared to fledging. After the chicks fledge in April the colonies are once again deserted. They are the most abundant penguin species in the Falklands. They feed mostly on squid, Lobster Krill and fish.
RANGE: Subantarctic Islands, Cape Horn, Ildefonso Island, Isla Morton, Isla Hornos and Southern Chile, Falkands and a few in South Georgia. Also Tristan de Cunha, Gough, St Paul and Amsterdam Islands, Prince Edward, Marion, Crozet, Kerguelen, Heard, Macquarie, Campbell, Antipodes and Auckland Islands. 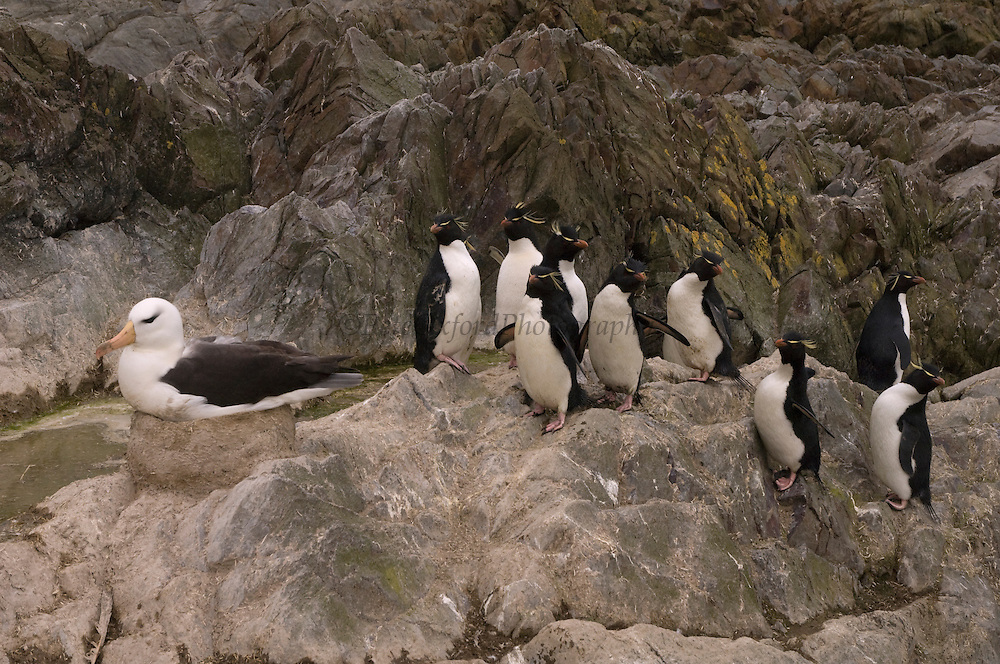