Nazca Boobies, (formerly Masked booby) (Sula granti) Mutual Preening
Punta Cevallos, Española or Hood Island
GALAPAGOS ISLANDS
ECUADOR. South America
They are intermediate between the blue-footed and red-footed booby. They are also plunge-divers but feed further afield than the blue-foots in the inter-island area. They have fewer large colonies but are widespread throughout the archipelago. Sexes are simular and like the blue-foots, nest on the ground. Usually their nests are near cliff edges. Although they lay 2 eggs they only ever raise one chick. The healthier chick pushed the other out of the guano ring - representing the nest. The parents ignore the battle known as 'obligate sibling murder' and leave the chick to its fate. 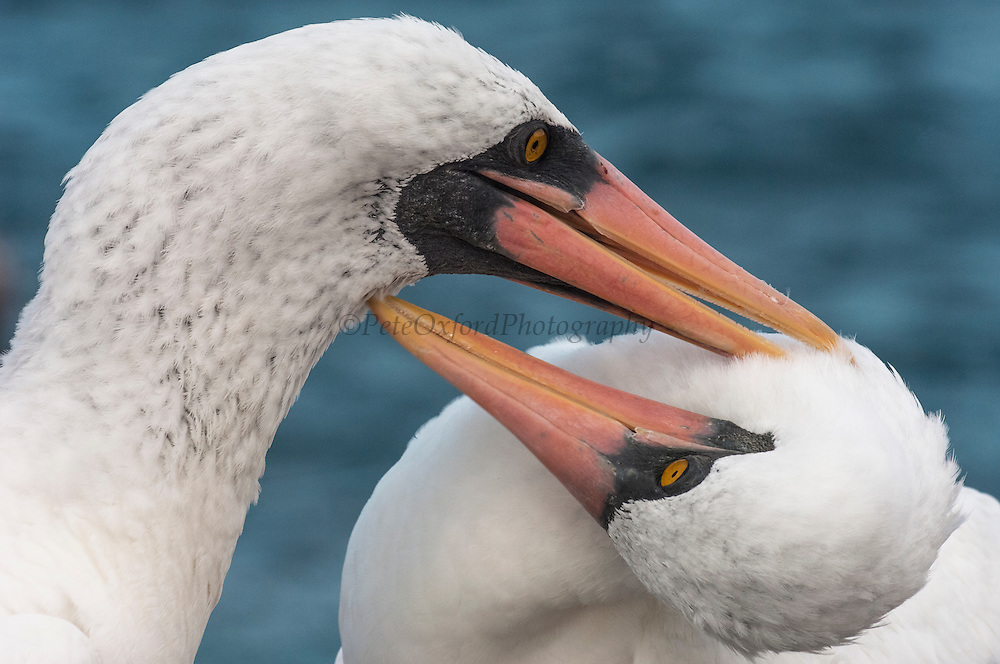