Ring-tailed lemur & baby (Lemur catta) Beza mahafaly Special Reserve. South-western MADAGASCAR
THIS GENUS CONTAINS A SINGLE SPECIES
Males and females look alike. Medium sized lemurs, length of 950-1,100mm and weight: 2.3-3.5kg's. They have long alternate black and white ringed tails and adopt a horizontal body posture generally moving quadrupedally on the ground. Ring-tailed lemurs are diurnal and are the most terrestrial of all Malagasy primates. This species has been studied since the 1960's and more information has been gathered on it than any other Malagasy primate. Their diet is very varied and consists of fruit, leaves, flowers, bark, sap and occasionally invertebrates. They also occur in larger groups than any other Malagasy primate - from 3 to around 25. There is a well-defined and maintained heirachy within the troop and females are dominant with the alpha female forming the focal point for the group. Males also have their own heirachy. Scent marking is important for demarking their territory. Young are born in August and September. Only 30% reach adulthood.
HABITAT & DISTRIBUTION: Spiny forest, dry scrub, deciduous forest and gallery forest are used throughout the majority of its range. At Andringitra Massif they are found on exposed rocks. They are found in south and south-western Madagascar from Tolagnaro in the se to just south of Morondava on the west coast. Generally found at lower elevations except in Andringitra Massif where it has been recorded above the treeline to altitudes in excess of 2,600 meters.
THREATENED SPECIES: The two main habitat types preferred by Ring-tailed lemurs, dense Didieraceae/Euphorbiaceae bush and riverside gallery forest, are already restricted and known to be diminishing alarmingly as a result of fires, overgrazing and wood-harvesting for charcoal production. They are still hunted for food and trapped to be kept as pets.
ENDEMIC TO MADAGASCAR 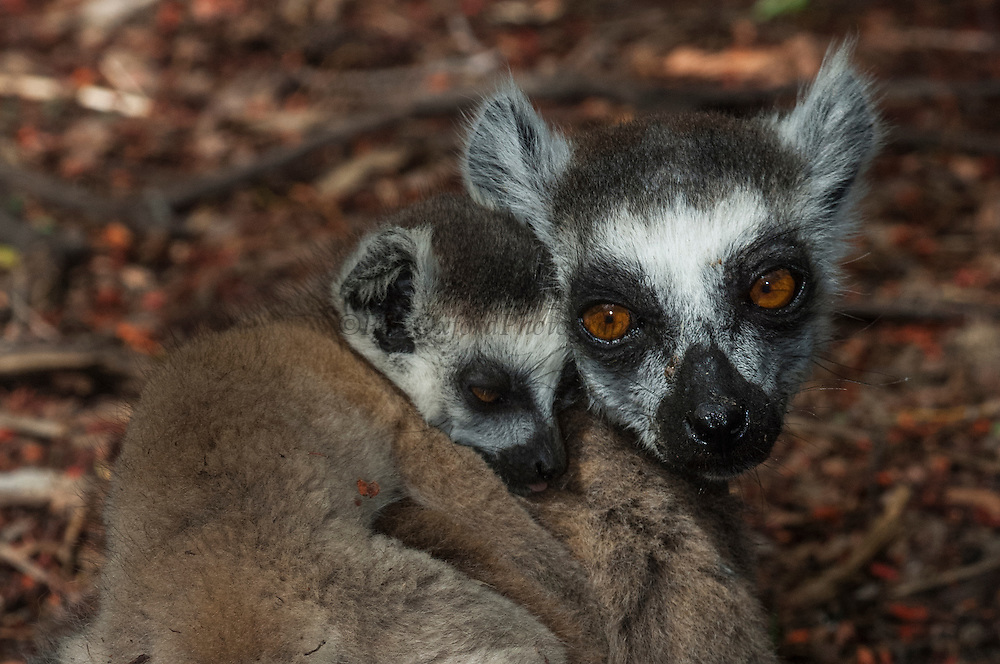