Huaorani Indian feather crown being made. Gabaro Community. Yasuni National Park. Amazon rainforest, ECUADOR. South America
First a basket-like weave fibre ring is made. Then feathers collected from hunted toucans, parrots, macaws and other colourful birds are stuck on with heated beeswax. Macaw tail feathers - standing up are sometimes added later.
This Indian tribe were basically uncontacted until 1956 when missionaries from the Summer Institute of Linguistics made contact with them. However there are still some groups from the tribe that remain uncontacted. They are known as the Tagaeri. Traditionally these Indians were very hostile and killed many people who tried to enter into their territory. Their territory is in the Yasuni National Park which is now also being exploited for oil. 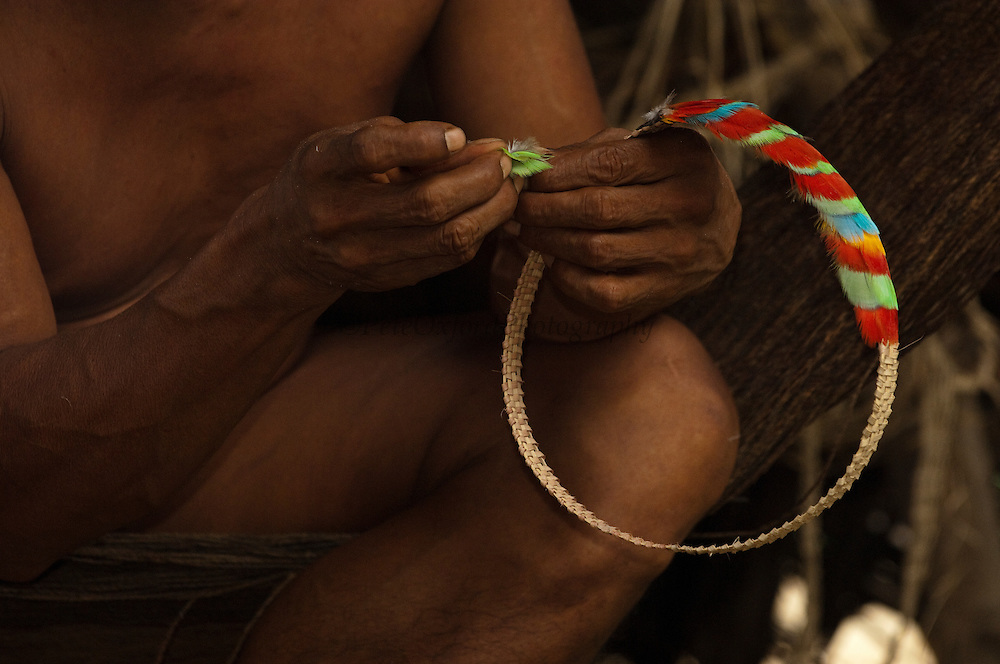