Huaorani Houses seen from the air. They are simple structures built directly on the ground. The frame is made from thin branches which is then covered with palm leaves. They are just abandoned or burnt down when the family move to a different area.
Bameno Community. Yasuni National Park.
Amazon rainforest, ECUADOR. South America
This Indian tribe were basically uncontacted until 1956 when missionaries from the Summer Institute of Linguistics made contact with them. However there are still some groups from the tribe that remain uncontacted. They are known as the Tagaeri & Taromenane. Traditionally these Indians were very hostile and killed many people who tried to enter into their territory. Their territory is in the Yasuni National Park which is now also being exploited for oil. 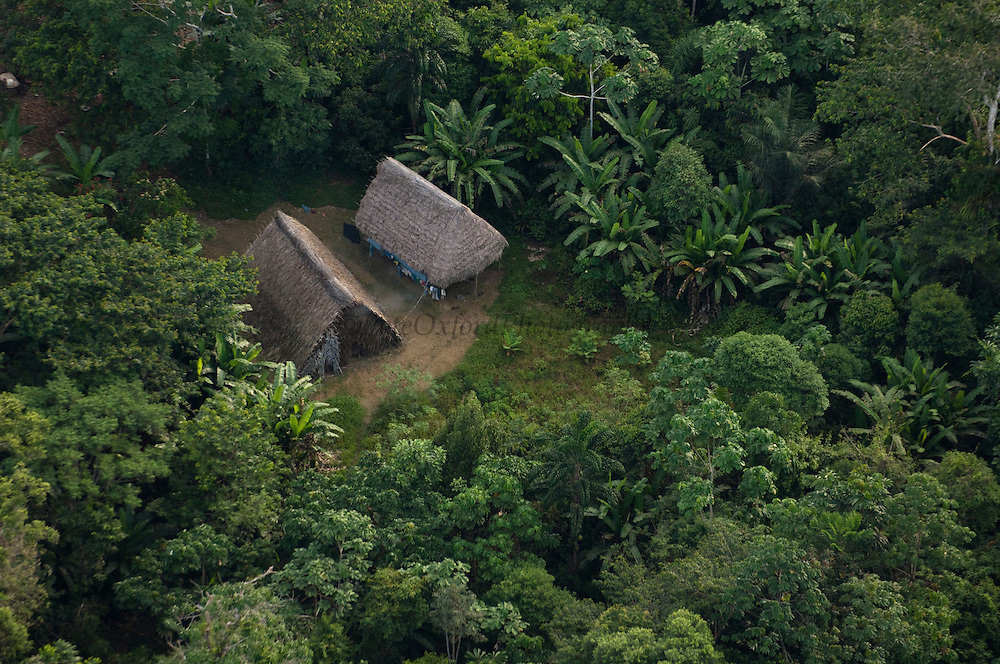