Local dentist in Xizhou market. This small Bai village is about 20 km north of Dali. Xizhou's fortunes were originally made in the tea trade. Wealthy tea merchants built their residences and pleasure gardens here during the Ming Dynasty. Today, Xizhou is better known for its craftsmen and carpenters who make the distinctive carved doors, shutters and decorative panels that grace the modern homes built in the traditional style.
Bai are the second largest ethnic minority in Yunnan. They occupy most of the lands to the north and west of Cangshan in Western Dali Prefecture. They also reside in Lanping and Lushui Counties in Jujiang Prefecture and in Lijiang and Ninglang Counties.
Bai houses tend to be made from brick rather than stone. The costumes are more or less the same in the different areas with only the head-gear changing. Young woman wear white pants and top with a white hat. Older woman wear the side-fastened, solid-colour vest over a long-sleeve blouse, apron and trousers. In Jianchuan they wear clothes similar to the Naxi-style black and white sheepskin cape. The bonnet, though it made of several layers sometimes with a lot of embroidery. 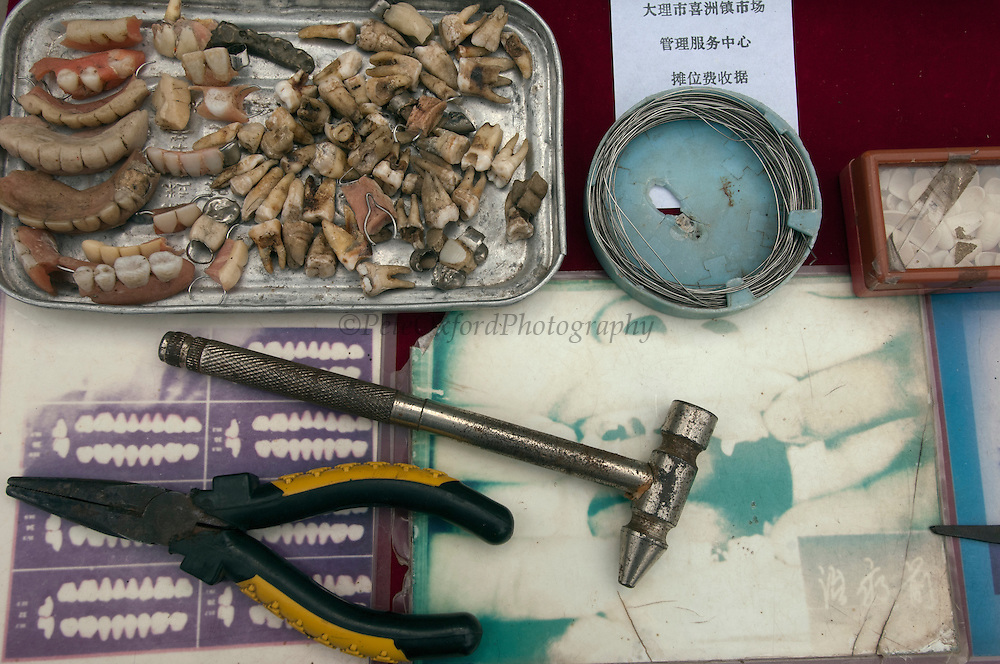