'Los Gemelos' or The Twins are two 'pit-craters' in the Highlands of Santa Cruz Island. These are empty magma chambers that collapsed in on themselves due to the weight of overlying rocks.
Galapagos Islands
ECUADOR. South America
The highland zone consists of lush evergreen forest. This is due to the mist or 'garúa' that the cool trade winds bring from the southeast. Between 300 and 700 meters is a zone dominated by a single tree species - (Scalesia), an endemic genus of the daisy or sunflower family. These trees can reach heights of up to 10 meters. At higher altitudes in this zone there are trees such as cat's claw (Zanthoxylum fagara) and shrubs such as milkberry (Chiococca alba) the most distinctive change is the abundance of epiphytes. These are plants such as mosses, liverworts, bromeliads and vines that cling to others but are not parasites. The dense growth of brown mosses has given the name 'brown zone' to the habitat above the scalasia forest. Above this 'brown zone' another plant the (Miconia) has given its name to the zone. Sadly this plant is severely endangered due to fires and human activity. Above this habitat are few trees and the eroded uplands are covered in ferns, sedges and grasses. This habitat is known as the pampa. 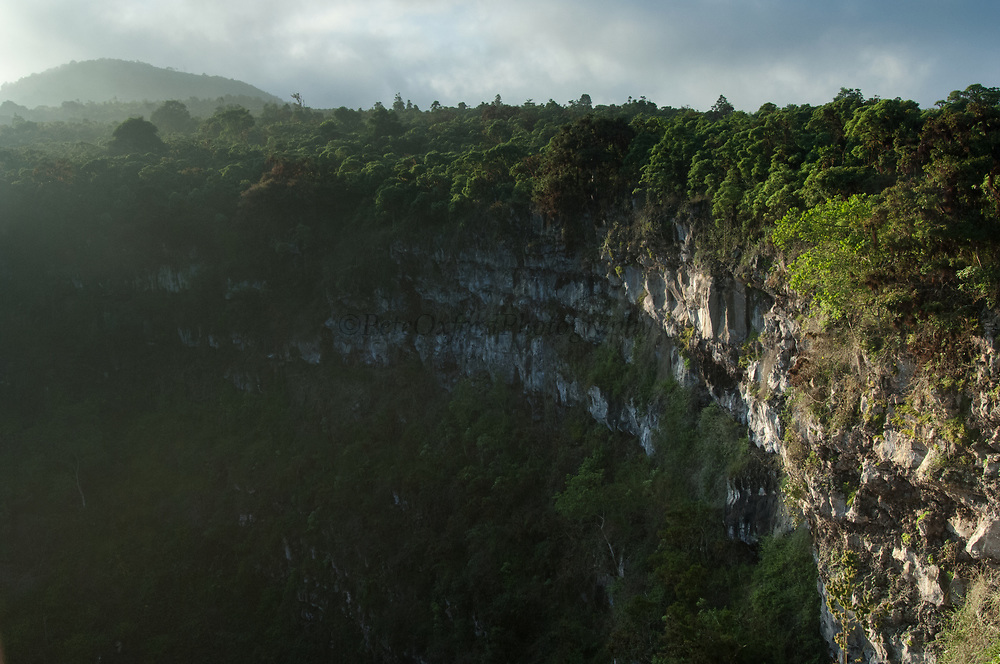