Huaorani Indian, Kempere Tega making Curare tipped darts. Curare is one of the most toxic poisons known to man and is made from a liana. The poison is boiled on the fire. The dart tips are dipped into the poison which hardens into a shiny, lacquer-like coating. They are then ready for the hunt. A small tuft of kapok fluff is plied into a cuff at the blunt end of the dart so as to seal the blowgun airtight. A sharp piranha tooth is used to cut a barb into the dart about 10 cm from the tip so that it will break if the victim tries to remove the dart before the poison takes effect.
Bameno Community. Yasuni National Park.
Amazon rainforest, ECUADOR. South America
This Indian tribe were basically uncontacted until 1956 when missionaries from the Summer Institute of Linguistics made contact with them. However there are still some groups from the tribe that remain uncontacted. They are known as the Tagaeri & Taromenane. Traditionally these Indians were very hostile and killed many people who tried to enter into their territory. Their territory is in the Yasuni National Park which is now also being exploited for oil. 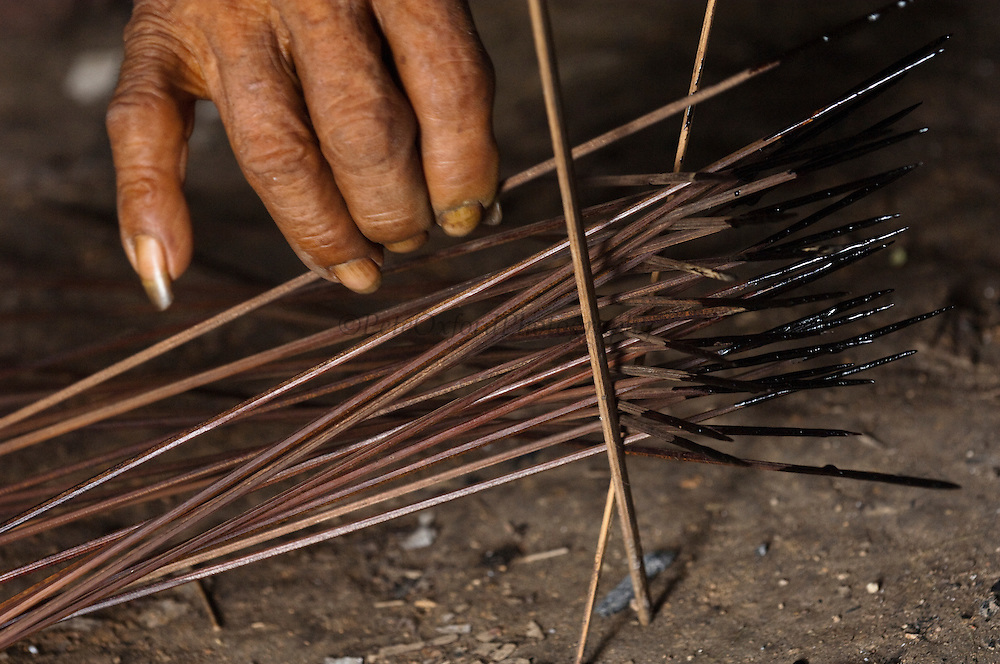