European Rabbit (Oryctolagus cuniculus) the diet of the Iberian Lynx (Lynx pardinus) at a'Rabbitat' or artificial rabbit den within a wild rabbit breeding enclosure. The idea of the enclosures is to augment rabbit densities in areas where they are below threshold for lynx sustainability. Within the breeding enclosure are artificial (lynx proof) rabbit dens which vastly increase carrying capacity of rabbits. The enclosure is surrounded by a predator-proof fence overwhich the lynx can jump, but through which rabbit predators such as foxes, badgers, mongoose or wild boar cannot pass.
Doñana National & Natural Park. Huelva Province, Andalusia. SPAIN
1969 - Set up as a National Park
1981 - Biosphere Reserve
1982 - Wetland of International Importance, Ramsar
1985 - Special Protection Area for Birds
1994 - World Heritage Site, UNESCO.
The marshlands in particular are a very important area for the migration, breeding and wintering of European and African birds. It is also an area of old cultures, traditions and human uses - most of which are still in existance. 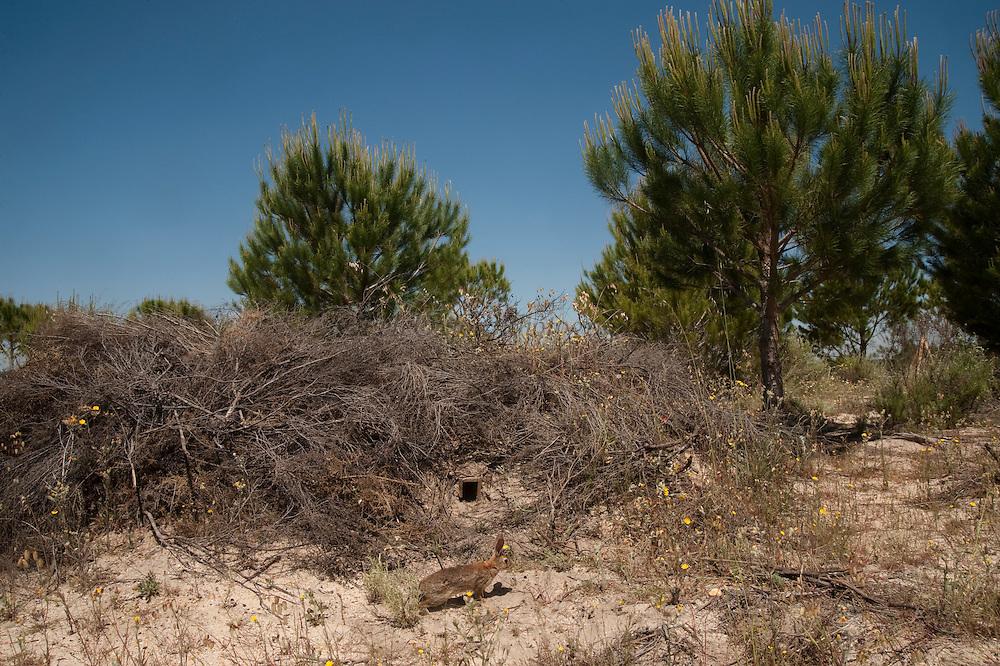