Huaorani Indians making fire. Gabaro Community.
Amazon rainforest, ECUADOR. South America
Fire is traditionally made by rubbing a hard wood stick in a hole made in another hard wood base. Both woods having been previously hardened by using fire. Underneath the base is a wod of kapak wool - a natural product from the forest. This will ignite when the heat caused by the friction of the rubbing action is sufficient to set it alight. As soon as the first sparks and smoke appear in the kapok it is meticulously nurtured by blowing and adding tiny pieces of tinder until there is an active flame.

This Indian tribe were basically uncontacted until 1956 when missionaries from the Summer Institute of Linguistics made contact with them. However there are still some groups from the tribe that remain uncontacted. They are known as the Tagaeri. Traditionally these Indians were very hostile and killed many people who tried to enter into their territory. Their territory is in the Yasuni National Park which is now also being exploited for oil. 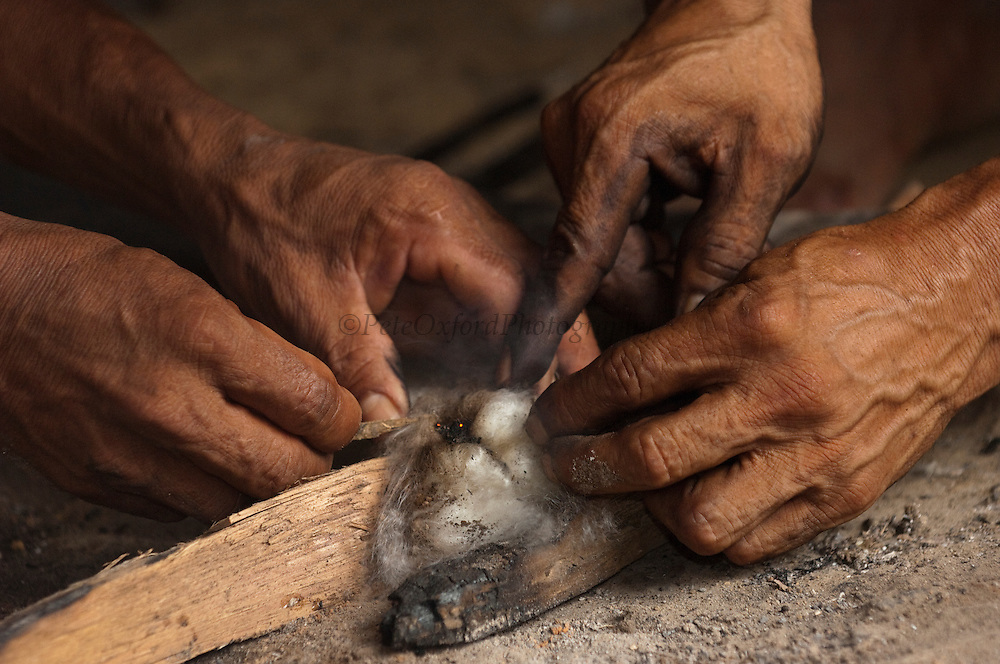