Huaorani Indian woman - Wenyena Baiwa working with chambira. Gabaro Community. Yasuni National Park.
Amazon rainforest, ECUADOR. South America
This is fibre extraced from a palm leaf. It is boiled and sun bleached before being made into string. The thickness depends on usage. Thin string is used for shigras - string bags and thicker string for hammocks.
This Indian tribe were basically uncontacted until 1956 when missionaries from the Summer Institute of Linguistics made contact with them. However there are still some groups from the tribe that remain uncontacted. They are known as the Tagaeri & Taromenani. Traditionally these Indians were very hostile and killed many people who tried to enter into their territory. Their territory is in the Yasuni National Park which is now also being exploited for oil. 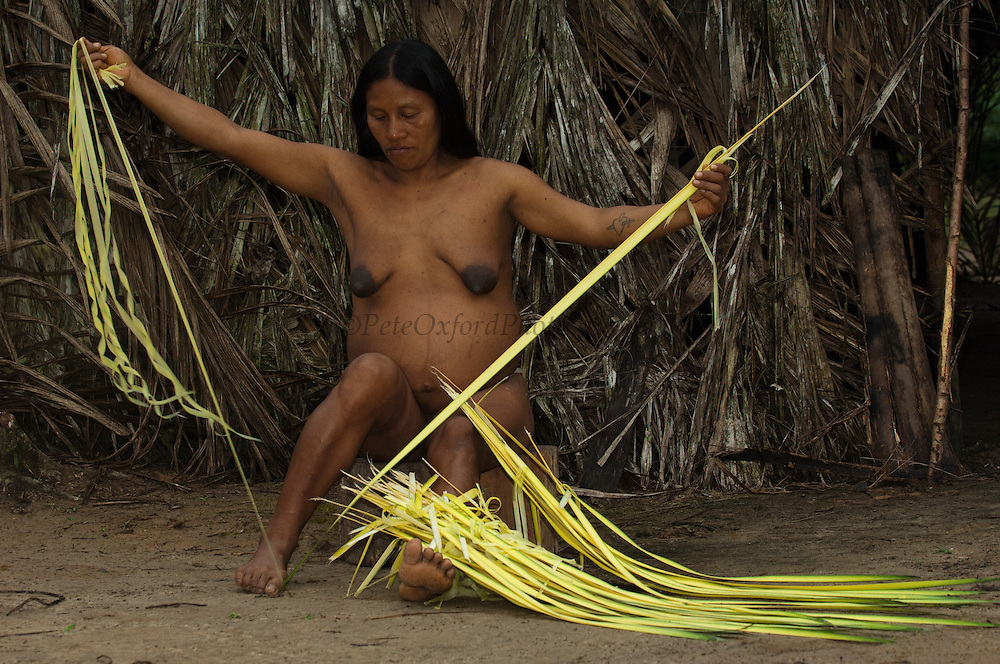