White-breasted mesite (Mesitornis variegata) Ankarafantsika Nature Reserve, Western deciduous forest. MADAGASCAR
ENDEMIC FAMILY TO MADAGASCAR NUMBERING ONLY 3 SPECIES.
These birds are considered primitive forms of the rail. Although they do fly they are almost exclusively terrestrial. Their nests are rather flimsy structures built low off the ground and accessible without flying. In this species the sexes are simular. They are strictly terrestrial forest species, secretive and active and found in groups of 2 - 4. They feed in the leaf-litter looking for seeds and small insects. At night several individuals may spend the night perched on a low horizontal branch.
HABITAT & DISTRIBUTION: Closed, deciduous dry forest on sandy soil and underbrush of which is covered with dead leaves. It is only known from 4 locations: Kirindy forest, n of Morondava, Ankarafantsika Reserve, Ankarana and Alalamera Special Reserves.
THREATENED SPECIES: Due to restricted range and degradation of original deciduous dry forest by slash-and-burn and by invasion of forest by dogs and rats - especially near villages.
ENDEMIC TO MADAGASCAR 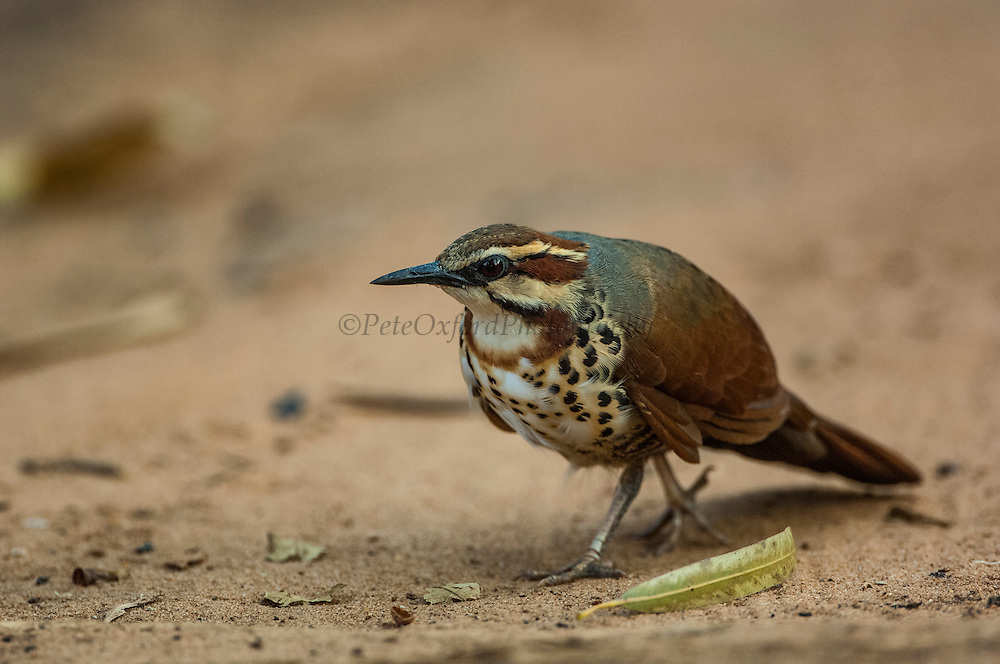