Hanuman Langur or Black-faced, Common or Grey Langur (Presbytis entellus) and Pilgrims in Ranthambhore National Park. Rajasthan. INDIA.
HABITAT & RANGE: Forests, from plains up to 3,600 meters elevations in the Himalaya, open areas, villages and towns of India, Nepal, Bhutan, Bangladesh, Sri Lanka and N. Pakistan. In Ranthambhore they are often found around the Fort area.
They are more arboreal than the Rhesus Macaque that inhabitats similar areas. They do however spend a considerable time on the ground foraging and visiting salt licks. Hanuman langurs are diurnal although most active early mornings and late afternoons. They walk and run on all four feet, leap with hind limbs and land on fore and hind limbs. They fequently associate with chital deer and Rhesus macaques. Feed on shoots, leaves, flowers, buds and fruit and occasionally raid crops.
STATUS: Abundant but Protected in the Hindu regions as it is regarded as the Monkey-God, Hanuman, from the Hindu epic, Ramayana, hence the name.
Ranthambhore National Park was established as a sanctuary in 1955 as a tiger reserve in 1973 and a national park in 1981. The park is dominated by the ruins of the 1,000 year-old Ranthambhore Fort. 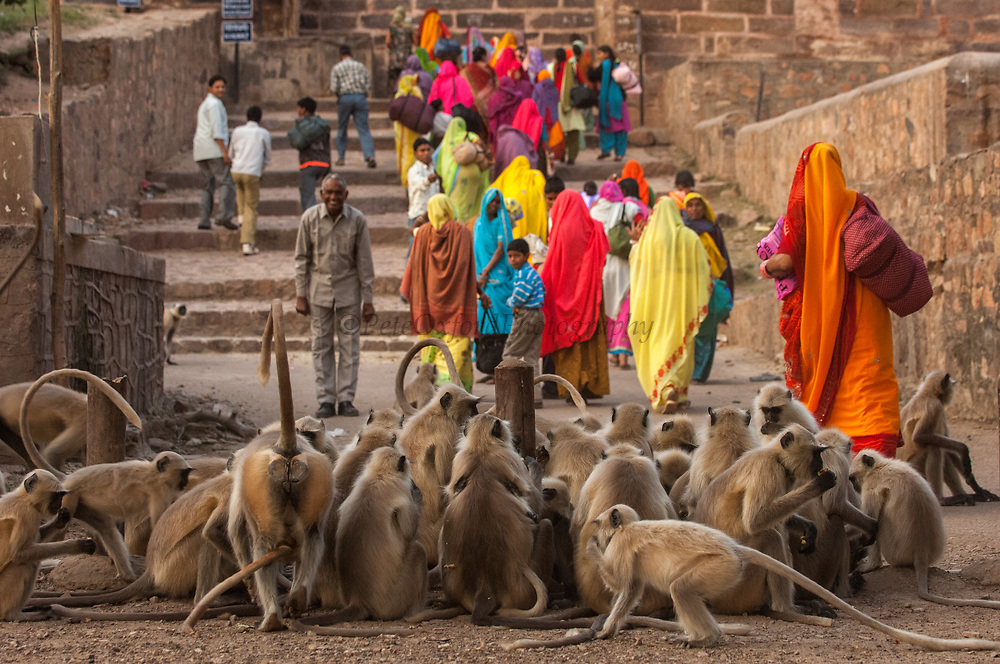