Devotee drinking from the milk bowls with the rats. Karni Mata Temple. Deshnoke Rajasthan, INDIA (THE RAT TEMPLE)
Karni Mata is the patron goddess of the Maharajas of Bikaner. The most famous Rajasthani incarnation of Devi (The Mother Goddess) is Karni Mata, who lived for 151 years. The 15th century miracle worker could not revive the only son of a distraught Charan couple who came to her for help. Yama, the Lord of Death told her that the boy had already been reborn. So Karniji degreed that henceforth all dead Charans would be reborn only as sacred kabas (rats) in her temple to escape Yama's clutches and reincarnated into humans at her command. The temple is populated by rats who are fed on the offering of the devotees which include milk, grains and sweets. The temple itself is superbly carved in white marble with heavy silver gates. The entrance has rat carvings all around the doorway. 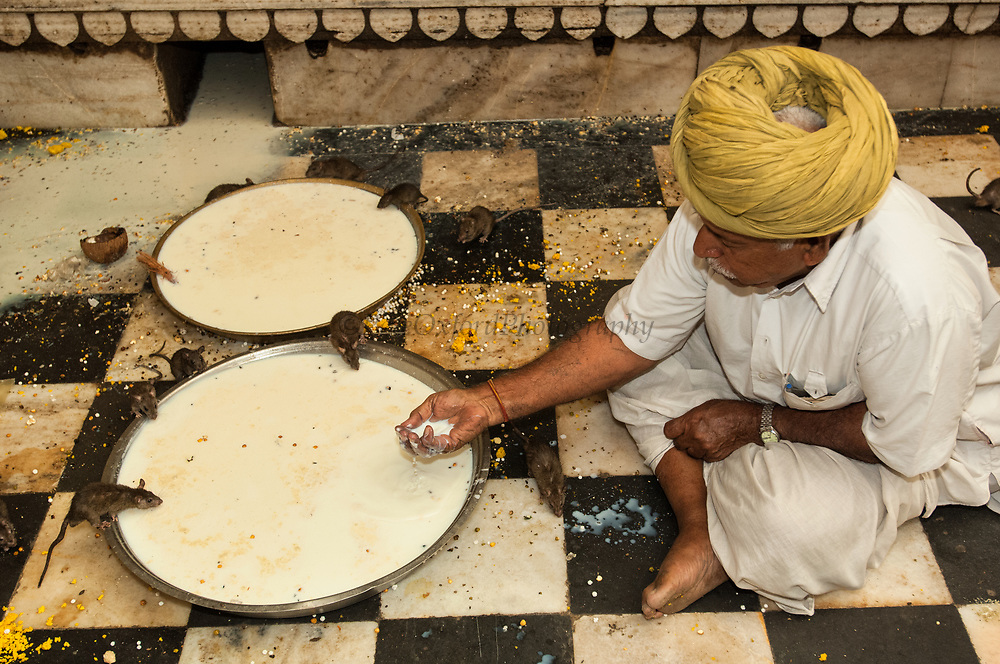