South American Fur Seal or Falkland Islands Fur Seal (Arctocephalus australis australis) BULL
A sub-species of South American Fur Seal. The males are about 3 times larger than the females. The females are also slimmer and generally lighter in colour. They breed in about 10 sites in the islands, mainly in nw and sw and usually on rocky slopes with deep water approaches. They form large colonies of 1000 - 3000. The breeding season begins in early November when the adult males establish territories. The females then arrive a few days before giving birth to one pup. They feed in groups at sea on Lobster Krill, squid and fish.
Steeple Jason. FALKLAND ISLANDS.
The Jasons (Grand and Steeple) are a chain of islands 40 miles (64km) north and west off West Falkland towards Patagonia. Steeple is 6 by 1 mile (10Km by 1.6km) in size. From the coast the land rises steeply to a rocky ridge running along the length.
This island has the largest Black-browed Albatross colony in the world with 113,000. The island is owned by WCS (Wildlife Conservation Society) 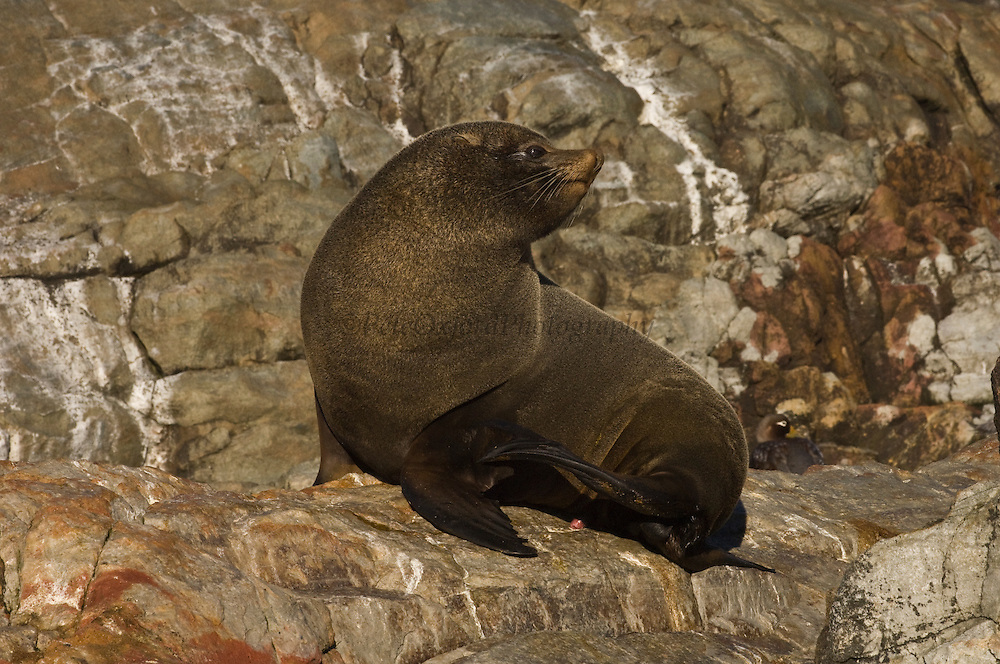