Falklands Flightless Steamer Ducks (Tachyeres brachypterus)
Steeple Jason Island. FALKLAND ISLANDS.
This is the largest of the ducks found in the Falklands. They are common and widely distributed. Although absent from the Jason group and Beauchene. They feed in the shelter of kelp beds and close inshore on a variety of marine life but largely on shellfish such as chitons and limpets. Commonly dive for food, up ending in shallows and occasionally forage. They are not capable of flying but by rapid paddle-like wingbeats 'steam' over the surface of the water. They can be very defensive during the breeding season, sometimes resulting in males killing each other.
RANGE & HABITAT: Restricted to the Falkland Islands although a similar duck T. Pteneres is found on coasts of southern Chile.
ENDEMIC TO THE FALKLANDS 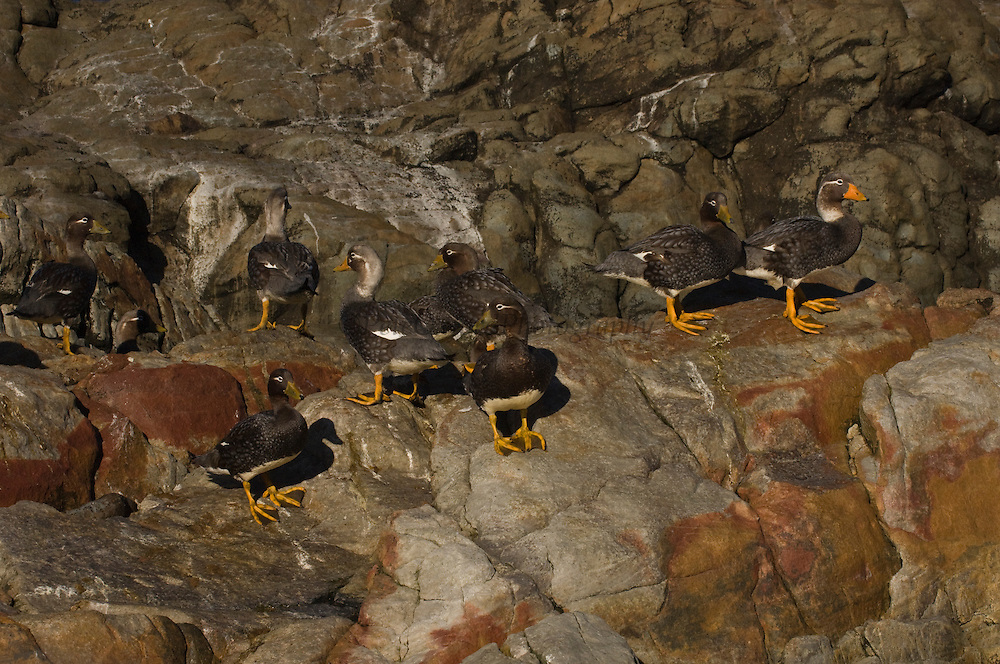