Gentoo Penguins (Pygoscelis papua)
Steeple Jason Island. View looking east to west. FALKLAND ISLANDS.
RANGE: Circumpolar in Subantarctic regions.
These penguins are resident and breed in the Falklands. They are fairly widely distributed and form compact breeding colonies of 300-500 pairs. The breeding sites are usually situated on low, open coastal heath or grassland and usually 100's of meters inland. Some populations use same site annually while others progress inland selecting new sites each year which is why some colonies are up to 5 km inland. Breeding begins in late September when colonies are established. A clutch of 2 eggs is laid in mid October. Incubation is 33-34 days and young are fully moulted by late January and enter sea by early February. They feed extensively on Lobster Krill. Schooling fish and squid are also taken. 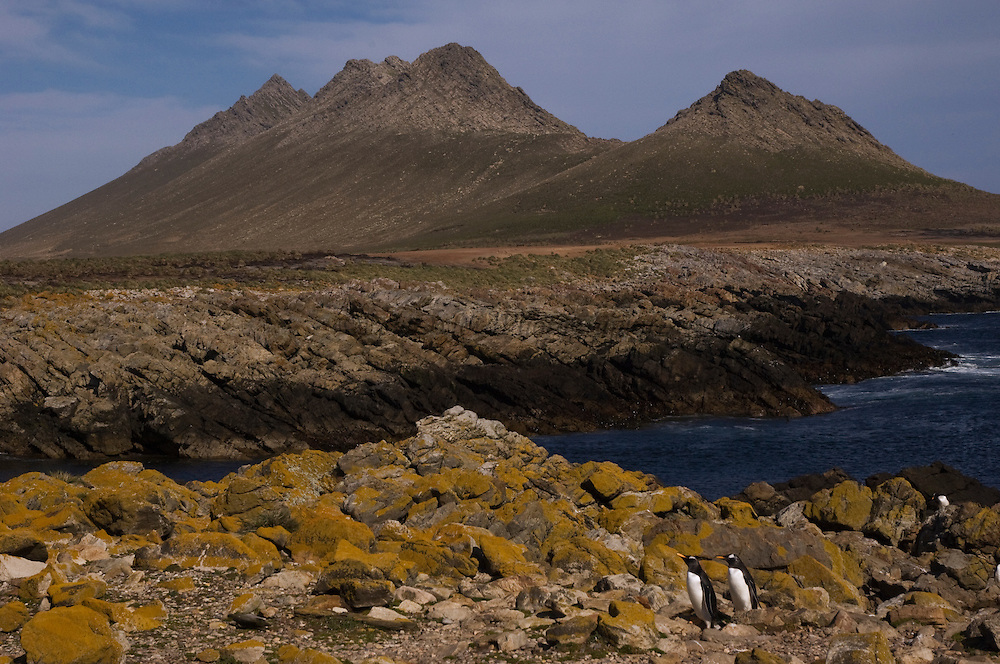