Striated Caracara or Johnny Rook (Phalcoboenus australis)
Steeple Jason Island looking east to west. FALKLAND ISLANDS.
Usually quite tame and very curious towards man. Rarely take prey on the wing using instead its ability to run and grasp penguin chicks and eggs and small petrels with its powerful feet and claws. Also feed on insects, molluscs and carrion. Can survive during critical winter periods on excreta of Gentoo penguins and fur seals. They nest on cliff edges, under large rock slabs or on the top of a tussock grass clump, often close to the seabird colonies on which they prey.
RANGE: Falkland Islands where it is largely restricted to offshore tussock islands like Jason Island group, Beauchene and Sea Lion Island, Islets of Cape Horn and some islands off the south west coast of Chile as far north as Isla Tarlton.
NEAR THREATENED due to small population and restricted range.
Less than 1000 birds exist. 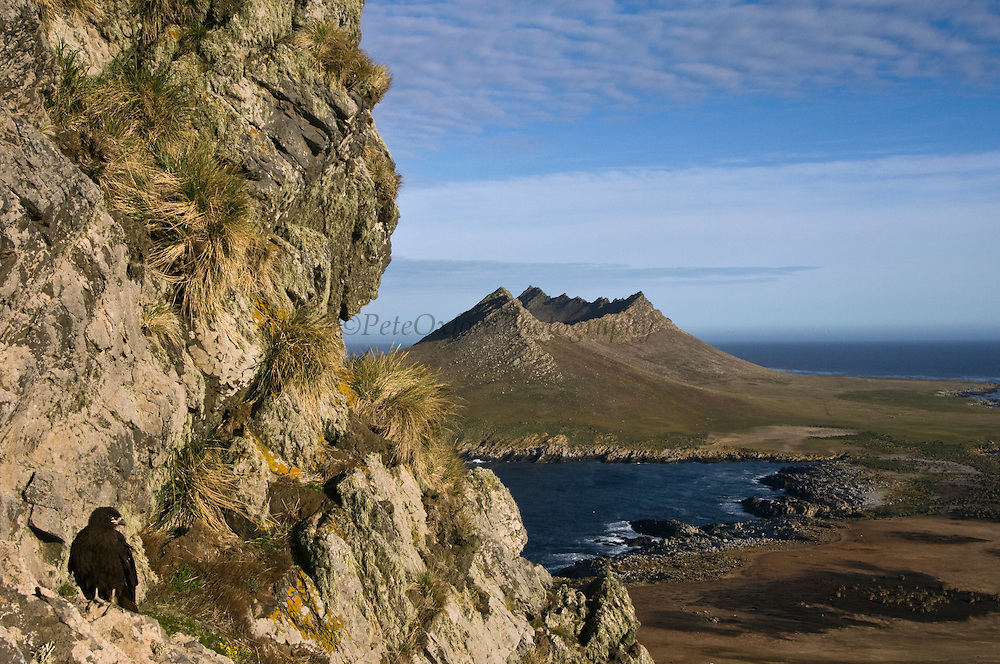