Southern Sea Lions (Otaria flavescens) Female and Sub-dominant male.
Steeple Jason. FALKLAND ISLANDS.
These sea lions are relatively large, stocky animals. The males are one of the most distinctive of all the sea lions. Dwarfing the females in size, they have an enormous head and neck, complete with an extensive mane.
RANGE: Fairly widely distributed with about 60 breeding sites on the Falklands. Also Atlantic and Pacific coasts of South America from Peru south.
They prefer tussock islands where they haul out during non-breeding season but breed on rocky beaches or slabs of broken rock. They feed mainly on octopus and squid with some Lobster Krill and fish. They usually feed in kelp beds and usually at night. They also prey on penguins as they come into shore - particularly Gentoo penguins and it has also been recorded that rogue bulls have come ashore and killed Elephant Seal pups and badly mauled weaners. 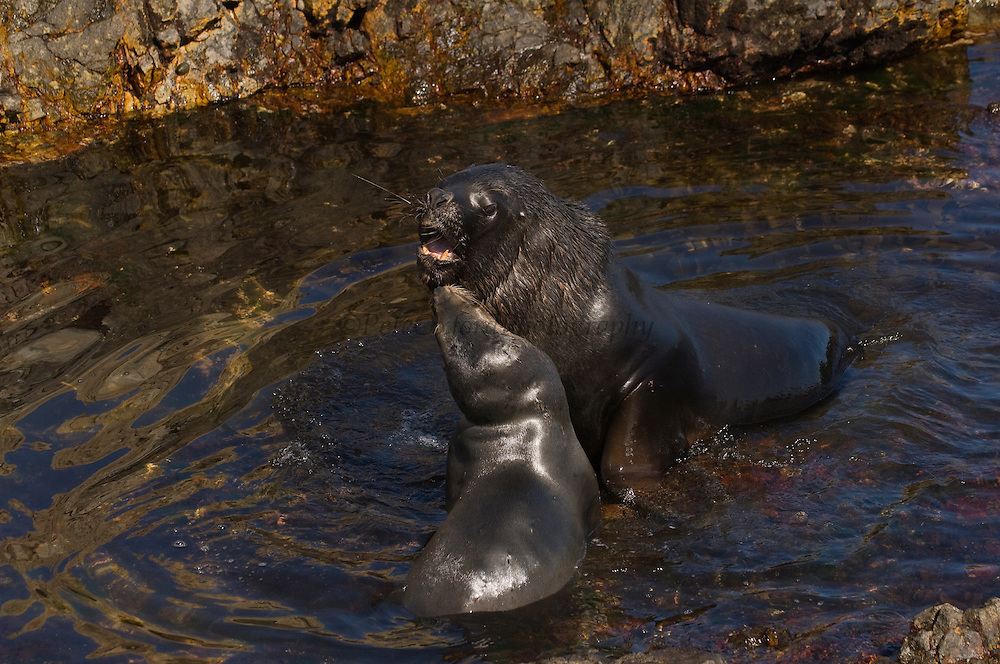