Blue-footed Boobies (Sula nebouxii excisa) in feeding frenzy aggregaton.
Puerto Villamil, Isabela Island. GALAPAGOS ISLANDS,
ECUADOR. South America
By far the least common of the three booby species in Galapagos but the Blue-footed Boobies are the most commanly seen as their small colonies are spread throughout the archipelago. They nest close to shore on flat areas. The nests are relatively closely spaced, but consist of nothing more than a shallow scrape in the ground. They have less than an annual breeding cycle and different colonies can be found breeding around the archipelago throughout the year. Their courtship antics are entertaining. In trying to attract a mate the male actually dances. If a female is attracted to him she will join him and together they will dance the 'booby two step'. Sexes are differentiated by the eyes. Males appear to have smaller pupils than females. (females have a darkly stained iris giving the impression of a larger pupil) The female is also larger and her voice is distinct - a honk while the male whistles. They are inshore feeders and are able to dive in shallow water. As they feed close to shore it is feasible for the parent birds to return with food sufficient for three chicks so in a good year they may raise up to three. 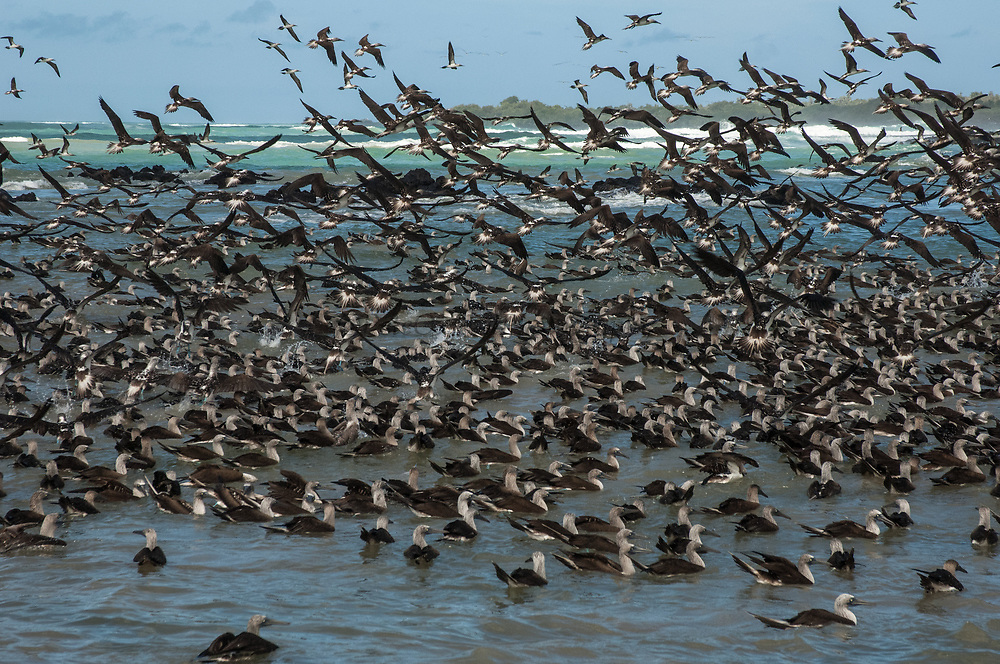