Cayambe Volcano
Andes, Pichincha
ECUADOR, South America
5,790meters above sea level
19,000 feet
Cayambe in the Cordillera Central, a range of the Ecuadorian Andes. It is located 70 km northeast of Quito. It is the third highest mountain in Ecuador.
Last eruption 1785/6

Cayambe, which has a permanent snow cap, is a Holocene compound volcano which last erupted in March 1786. At 4,690 m (15,387 ft) on its south slope is the highest point in the world crossed by the Equator and the only point on the Equator with snow cover. The volcano and most of its slopes are within the Cayambe Coca Ecological Reserve.

Cayambe was first climbed by British adventurer Edward Whymper in 1880. 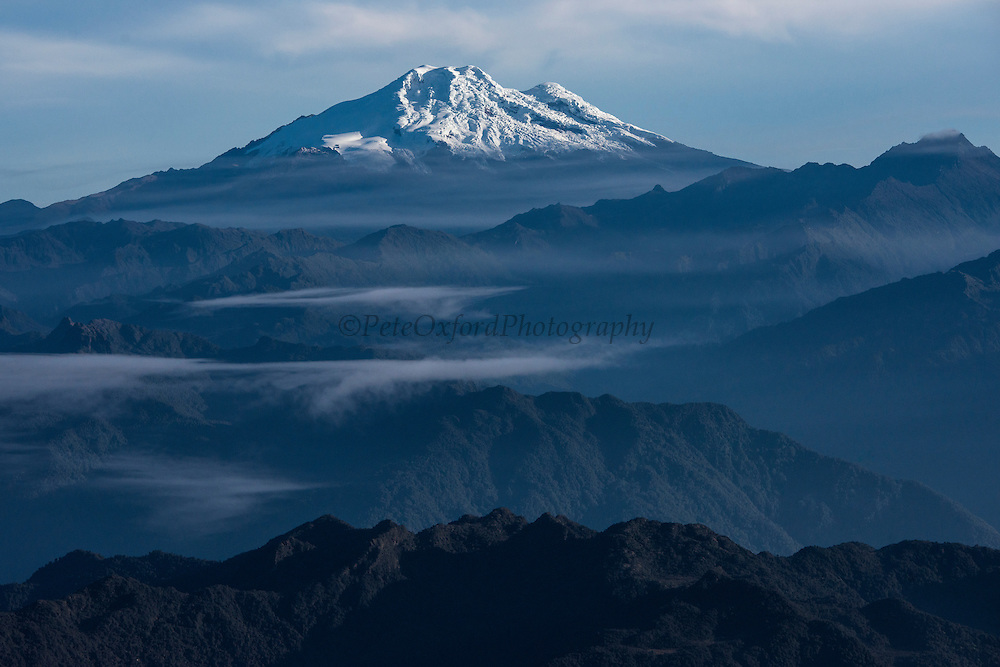