White Storks (Ciconia ciconia)
Wetland Reserve
Doñana National & Natural Park. Huelva Province, Andalusia. SPAIN
1969 - Set up as a National Park
1981 - Biosphere Reserve
1982 - Wetland of International Importance, Ramsar
1985 - Special Protection Area for Birds
1994 - World Heritage Site, UNESCO.
The marshlands in particular are a very important area for the migration, breeding and wintering of European and African birds. It is also an area of old cultures, traditions and human uses - most of which are still in existance.
RANGE: Breeds in Warmer Europe, nw Africa and sw Asia e to southern Kazakhstan) Migrates in winter to tropical Africa down to South Africa & Indian subcontinent.
They breed in open farmland areas with access to marshy wetlands. Nests made of sticks in trees, power pillons and buildings as it is not persecuted as it is seen as a good luck bird. However they are killed during their migration. They feed on fish, frogs, insects but also on small rodents and reptiles. 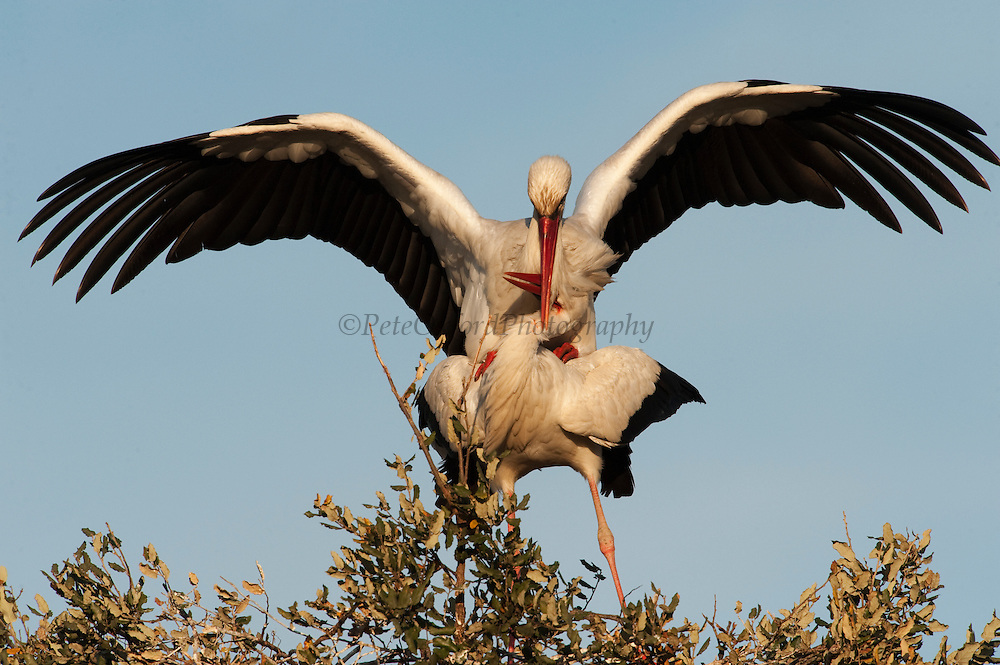