Iberian Lynx (Lynx pardinus) female & male one year old offspring with GPS tracking collar. She is rebuffing him as it is time for him to move out of her territory as she now has a new little of cubs.
Sierra de Andújar Natural Park, Mediterranean woodland of Sierra Morena, north east Jaén Province, Andalusia. SPAIN
RANGE: Iberian Penninsula of Spain & Portugal.
CITES 1, CRITICAL - DANGER OF EXTINCTION
Fewer than 200 animals in the wild. There is a reduced genetic variability due to their small population. They have suffered due to hunting, habitat loss and road accidents, but the most critical threat today is the reduced numbers of wild Rabbits (Oryctolagus cuniculus) within the lynx's range. The rabbits are the principal food source of the lynx and they are suffering from deseases such as Myxomatosis & Rabbit haemoragic virus. The lynx is also suffering from deseases such as feline leukaemia
A medium sized cat weighing 12-15kgs, Body length 90cm, Shoulder height 45-50cm. They have a mottled fur pattern, (3 varieties of fur pattern found between the different populations and distinguishing them geographically) short tail, ear tufts and are bearded. They are territorial cats although female cubs have been found to share their mother's territory. Mating occurs in Dec/Jan and cubs born around April. They live up to 13 years. 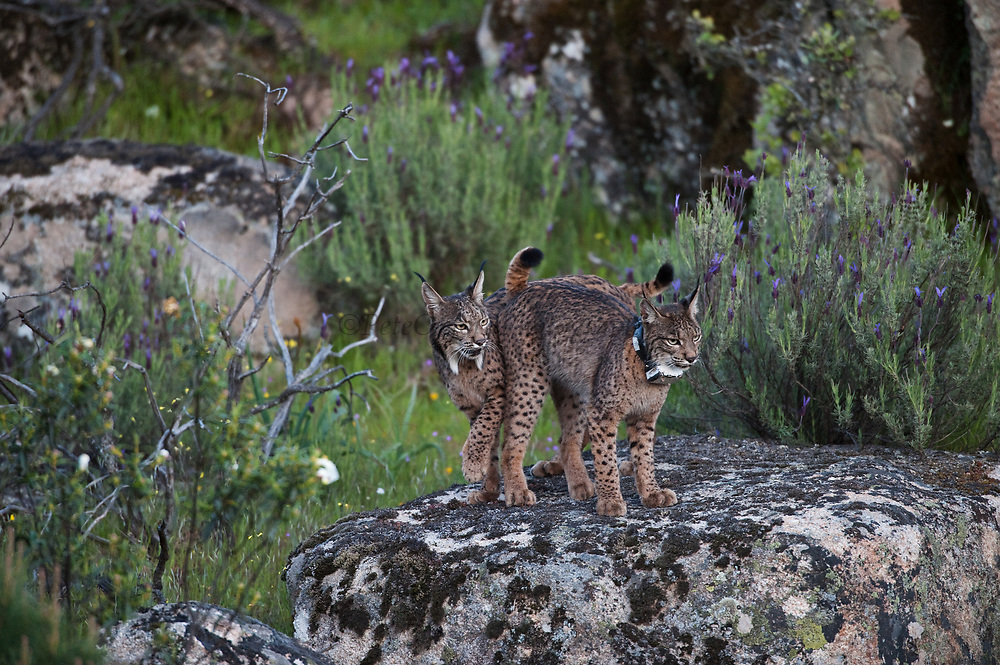