King Penguins (Aptenodytes p. patagonica) and sheep. Their colony is on a working sheep farm.
Volunteer Point, Johnson's Harbour, East Falkland Island. FALKLAND ISLANDS.
RANGE: Circumpolar, breeding on Subantarctic Islands. Extensive colonies found in South Georgia, Marion, Crozet, Kerguelen and Macquarie Islands. The Falklands represent its most northerly range. They are highly gregarious which probably accounts for it common association with colonies of Gentoo Penguins.
King Penguins are the largest and most colourful penguins found in the Falklands. They have a unique breeding cycle. The incubation of one egg lasts for 54-55 days and chick rearing 11-12 months. As the complete cycle takes more than one year a pair will generally only breed twice in three years. 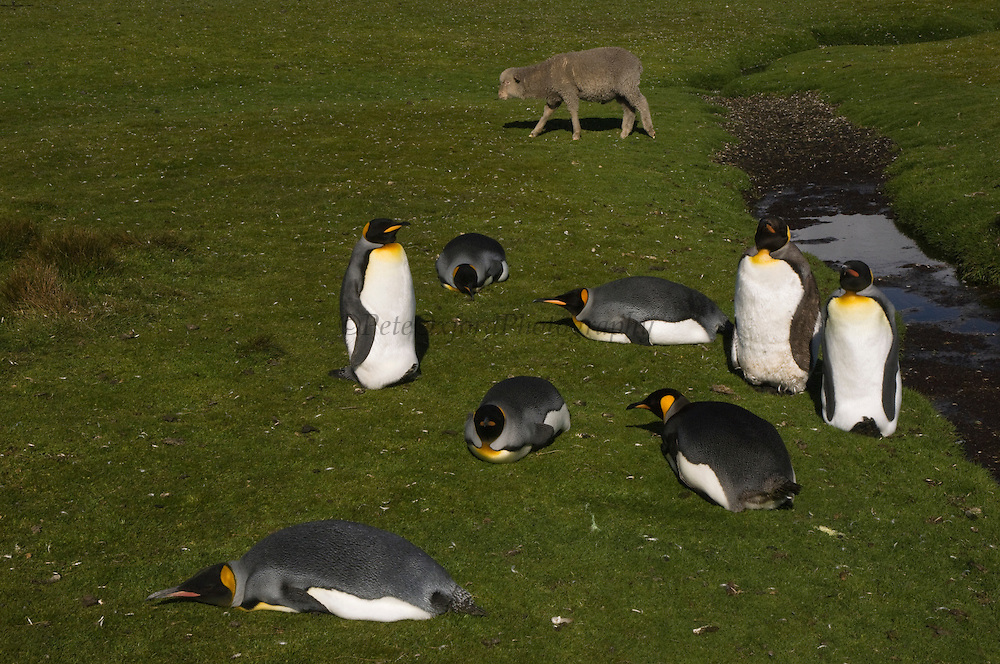