Harpy Eagle (Harpia harpyja). CAPTIVE. Gabaro Huaorani Indian Community. Yasuni National Park. Amazon Rain Forest
ECUADOR, South America
Many of the Huaorani communities have Harpy Eagles as pets. They worship them as one of their Gods and pluck feathers from them to make their crowns.
Range: Forests of Central America to ne Argentina and s Brazil.
CRITICALLY ENDANGERED. Mainly due to habitat destruction.
Harpy eagle was named by early South American explorers after the predatory half-woman, half-bird monster in Greek mythology. Their hind talons are as large as a grizzly bear's claws. An adult female weighs up to 9kgs (20Lbs) with a 7' wing span. They are the most powerful eagle in the world. 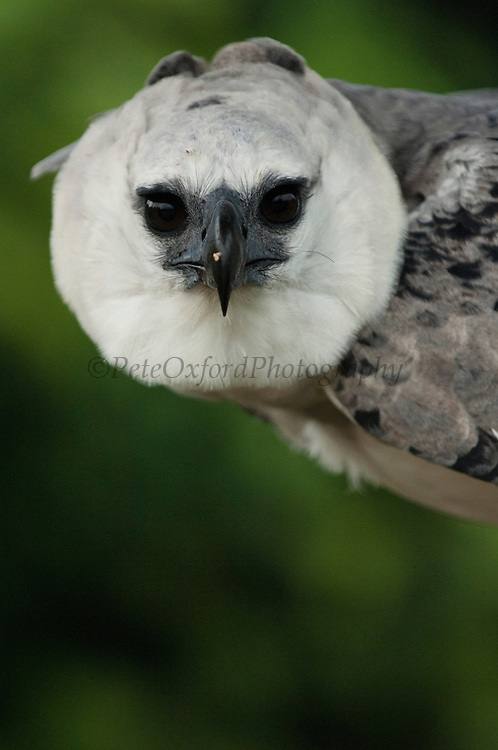