Naxi man smoking long-stemmed bamboo pipe
Lijiang Yunnan Province
CHINA
The city was founded in the wake of Kubilai Khan's campaign against the Kingdom of Dali. The Naxi had helped the Mongol army cross the Jinshajiang and when the Khan subsequently arrived in Lijiang he set up his camp around what is now the Old Stone Bridge. The Naxi at the time were living in the northern part of the plain. When their chieftan, the head of the Mu Family, was invested with the Khan's authority to rule the area in the service of the Mongols, the Naxi moved their political center to the vacated camp and built the city of Dayan.
Naxi ethnic minority people migrated out of the highlands of eastern Tibet into Lijiang County beginning of the 1st century A.D.
The woman's costume is dominated by the seven-starred cape. 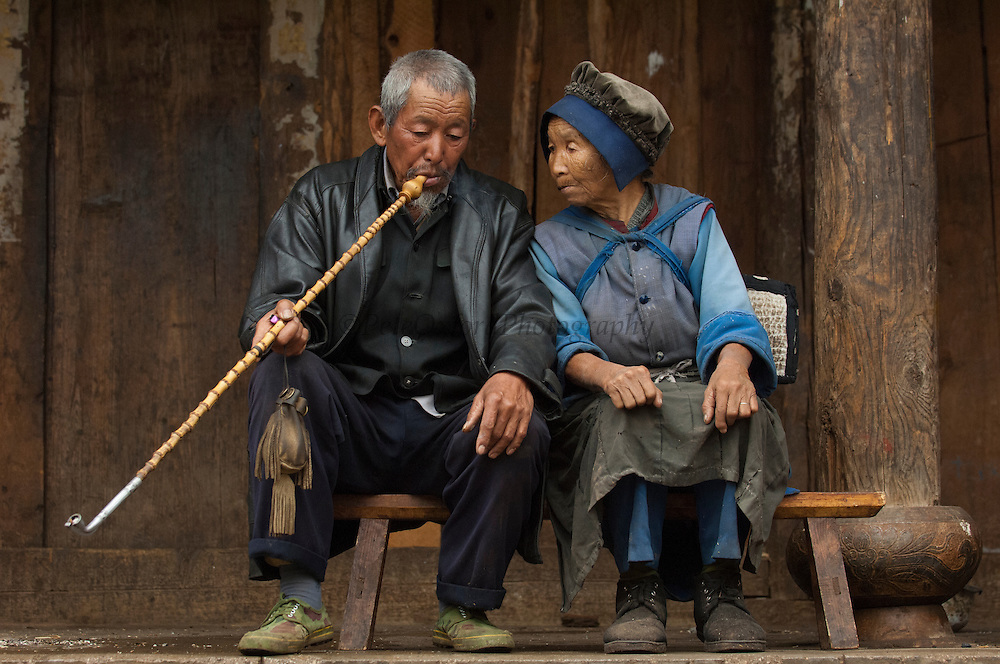