Black-browed Albatross (Thalassarche melanophrys) 'runway'
Steeple Jason Island. FALKLAND ISLANDS.
The colony has various 'runways' which the birds use to take off depending on the wind direction and velocity. Here they are running to take off as there is very little wind.
They return to the same nest annually. The nest is a a solid pillar up to 50cm high of mud and guano with some grass and seaweed incorporated. A single egg is laid in October and juveniles fledge between mid March and April. They have a circumpolar range betweeen 65 S and 20 south and breed on Subantarctic Islands, Including South Georgia and islands off southern South America. In the Falklands they are also found on Beauchene, Saunders, West Point and New Island.
The Jasons (Grand, Elephant and Steeple) are a chain of islands 40 miles (64km) north and west off West Falkland towards Patagonia. Steeple is 6 by 1 mile (10Km by 1.6km) in size. From the coast the land rises steeply to a rocky ridge running along the length.
THIS ISLAND HAS THE LARGEST BLACK-BROWED COLONY IN THE WORLD WITH 100,000+ PAIRS. The island is owned by WCS (Wildlife Conservation Society) Falklands Conservation have an ongoing research project with the Albatross on Steeple Jason.
LISTED AS ENDANGERED 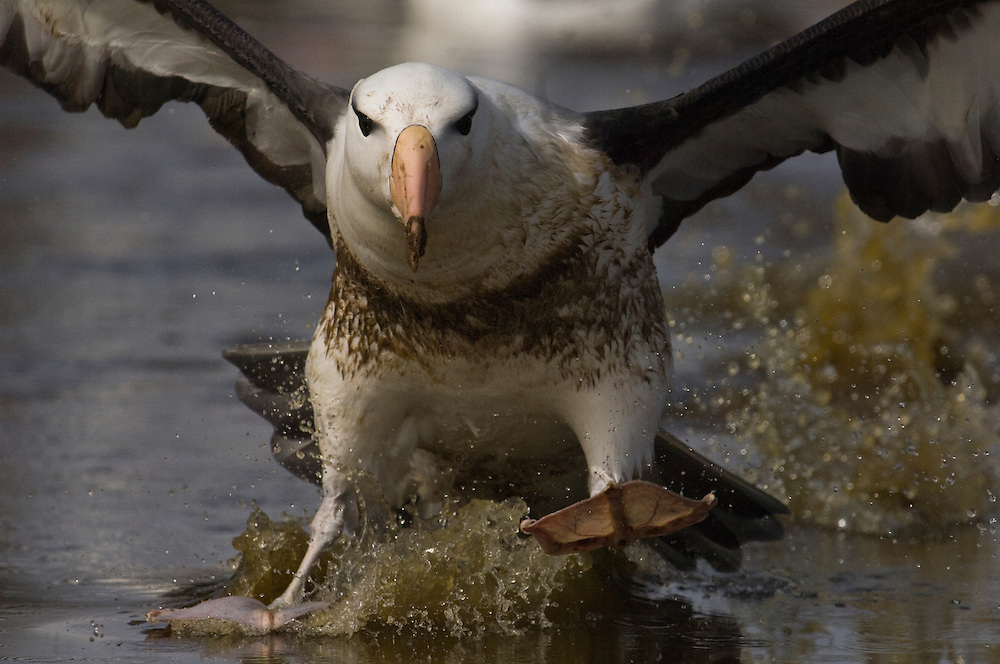