Marine iguanas (Amblyrhyncus cristatus) and Galapagos sealions (Zalophus wollebaeki)
Punta Suarez, Española (Hood) Island, Galapagos Islands
ECUADOR. South America
Marine iguans are Endemic to Galapagos. They are the only true marine lizard in the world. On Hood Island they are more colourful than other islands.
There are approximately 16,000 individual sealions in the archipelago and numbers are increasing. Males are much larger than females, weighing up to 250kg compared with 100kg in the females. They spend a large amount of time hauled up on sandy beaches. The males establish territories which are savegely defended from rivals. Young bachelors and unsuccessful bulls then leave the area and establish bachelor colonies on the outskirts of female haul-outs. Reproduction occures mainly in the Garua season between July and December and will vary from Island to Island. Sealions are highly thigmotactic (seeking body contact) and loaf around in piles on the beaches. They are extremely efficient hunters, preferring sardines to other fish, so spend a considerable time resting or at play. Underwater they are well streamlined, lithe and acrobatic. 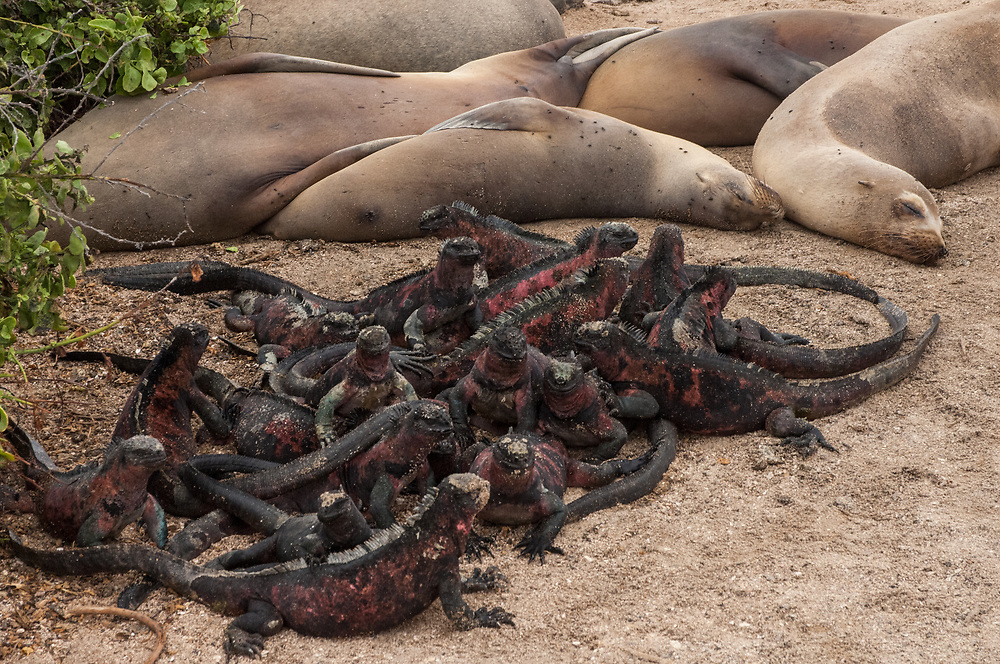