Baudrier's chameleon (Furcifer balteatus) FEMALE. Occurs in the eastern rain forest from Ranomafana National Park to Andohahela National Park. MADAGASCAR.
This species is large with a length of 35cm and has divergent nasal appendages and a bold diagonal stripe present on each flank extending from behind the occiput to the inguinal region. Males are duller than females with white and green alternated stripes.
There are more than 150 species world wide and over half of those are only found in Madagascar. All species on the island are Native.
Chameleons are well-known for their special adaptions: The ability to change color rapidly to either match their surroundings or to reflect their mood. They have the capacity to move their turreted eyes independently of each other which allows them to look in different directions simultaneously. They have independent 360 degree vision except when hunting they use binocular vison to estimate the distance of the prey. They capture their prey with the rapid firing of their tongue which can extend to approximately half of their body length and is ended with a kind of gluing hammer. All species found in Madagascar lay eggs (Oviparous) and do not give parental care. The calumma and furcifer group are known as true chameleons as they have a prehensile tail. The Calumma group is highly arboreal, thus the prehenile tail as well as having opposable, fused fingers to grip onto branches. They tend to be solitary except during the breeding season.
Furcifer balteatus is CITES 11 classification and needs an export permit to be exported from Madagascar.
ENDEMIC TO MADAGASCAR 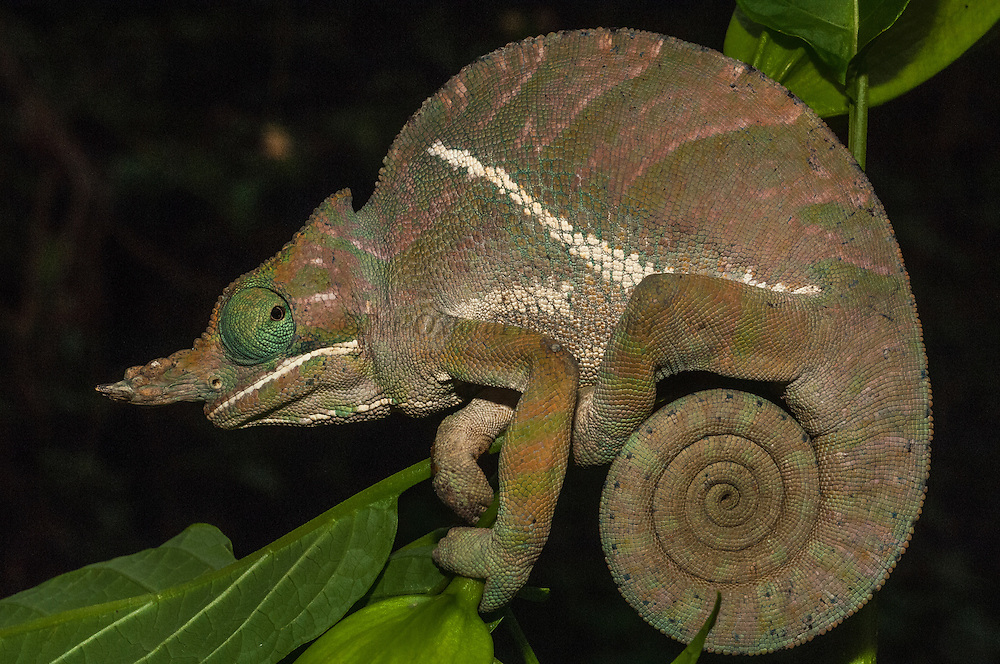