Red Howler Monkeys (Alouatta seniculus arctoidea) (3 sub-species in Venezuela)
Hato Masaguarel working farm and biological station, Guárico Province, VENEZUELA. South America.
Diurnal arboreal monkeys. They live in troops consisting of an adult male, several femals and their young. Females reproduce in any season but seem to prefer the dry season when there is plenty of fruit. Up to 2 young are born and are carried on her back. The males are very vocal and their calls are heard for several kilometers in the early mornings. Feed on leaves and fruit.
The Llanos are flood plains stretching north of the Orinoco River to the Andean foothills, covering 300,000sq km in Venezuela and another 220,000 sq km in Colombia. This area has poor soil but is rich in its river systems which floods in the wet season leaving shallow marshes which nourish a high concentration of birds and animals. 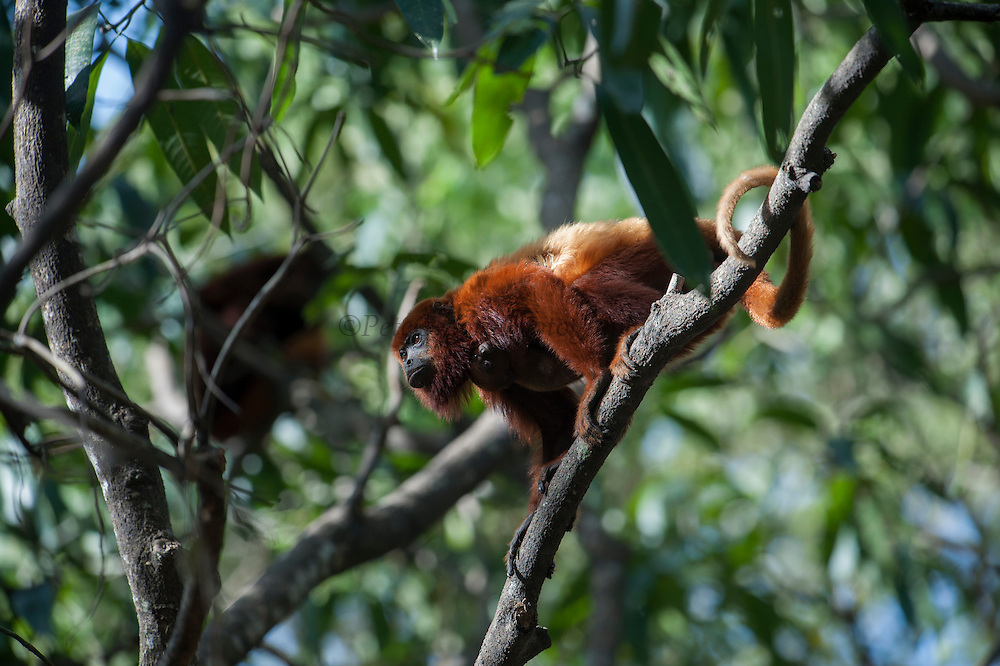